It was Patrick’s birthday last weekend. So, to soften the blow of ageing and the unwelcome reminder of mortality, ten of us packed ourselves into cars and ambled out of Sydney laden with food and booze. Four people just barely managed to squeeze into my station wagon around the case of beer, many rolling wine bottles, guitar and mound of groceries packed into it. We headed to a house in Wollombi, near the Hunter Valley, to play a million board games and roam the countryside tasting wines. 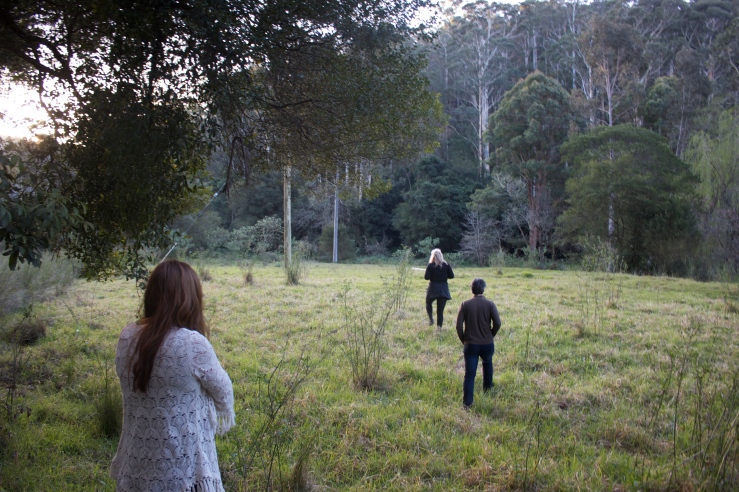 We had amazing meals, which everyone contributed to; found some amazing wines; and tackled the Game of Thrones board game, among other things. Saturday night was the party night and my night to cook. I bought sausages, chicken wings, vegetables and haloumi and grilled it all up goooood on the BBQ with much help from East. After a quick clean up it was time for cake, which we lit up like a medieval alarm signal and gathered around to sing Single Ladies, instead of the traditional birthday jam. 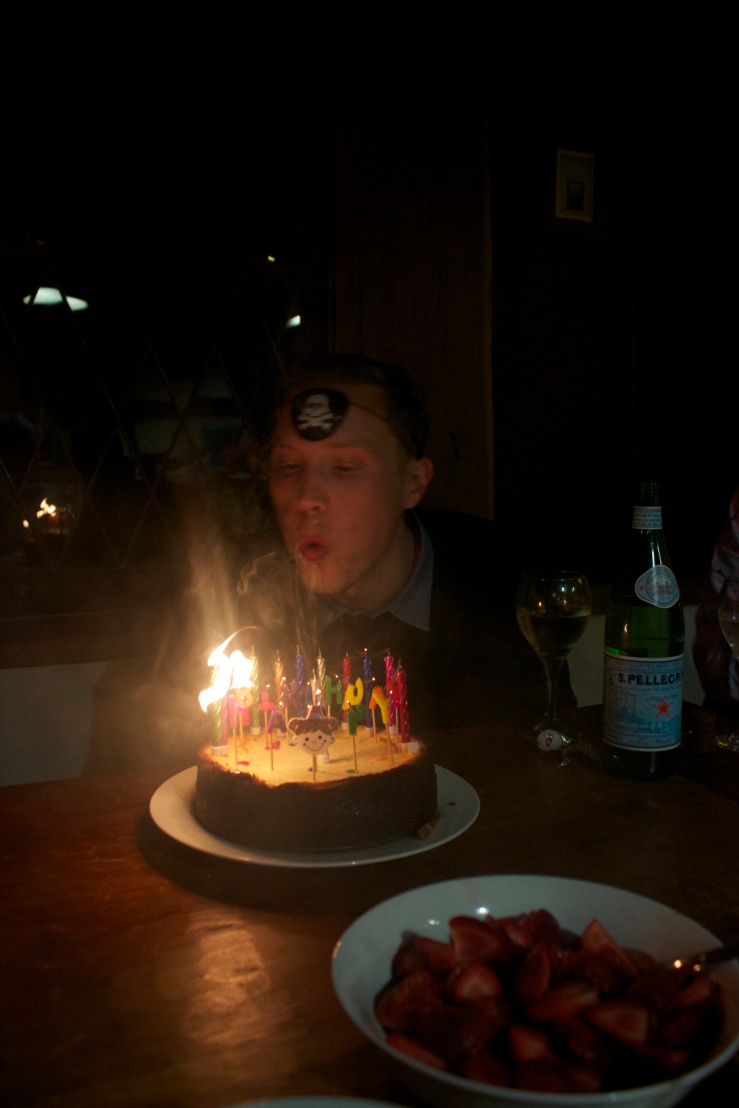 The cake was of my own devising. A ricotta cheesecake with a chocolate biscuit base and a layer of rum-spiked ganache. It was light and rich at once. Fragrant vanilla and lemon laced cheese atop a thin layer of punchy chocolate goo. Patrick loves ricotta cake, but I always find them a little too bland, so this was my compromise. If you can ever call adding chocolate and rum to something a compromise.

After cake we played our own version of the New Girl drinking game True American – True Australian. It was truly ridiculous. This took about four hours, after which, we retired for hectic dancing.

It was a wonderful weekend. Full of silliness, geekiness and shenanigans. Ordinary life just isn’t the same. 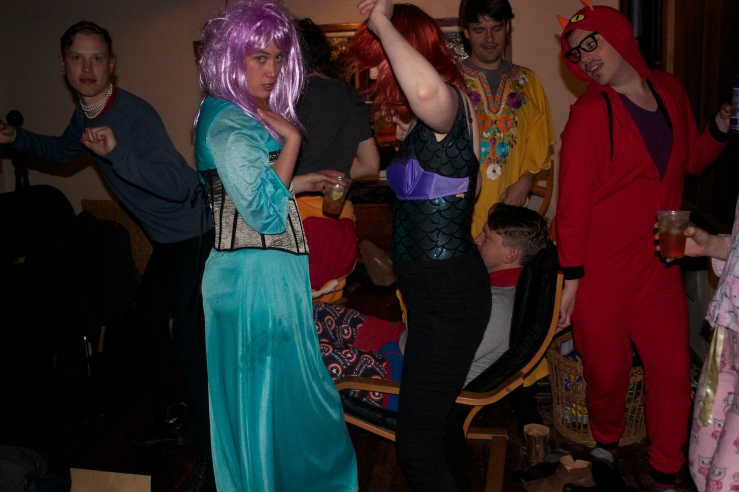 Process together biscuits and butter. Press into base of springform tin. Combine chocolate and cream in bowl and either place above saucepan of boiling water to melt or melt in microwave. Add rum. Pour this on top of base and set aside. Put in fridge if you want a really even coverage of ganache. Combine ricotta filling ingredients in food processor or blender. Carefully add this on top of ganache. Bake for 20-30 mins until cooked through and firm in middle. Let cake cool and serve with fresh berries.